Another day another murder by an illegal alien that we did not deport
ICE slammed by a scathing federal report
This illegal from Haiti was really a bad dude
Sentenced in 1997 for murder and released to kill again showing why our immigrations system is screwed
Haiti would not take this thug back
So after holding him form over 200 days back on the streets to again attack
One would have thought the pressure of the government would on Haiti been brought to bear
Especially when the Clintons after the earthquake assembled millions for housing,  food and clothes to wear
Where was the Secretary of State? Why was she not on the phone?
Demanding on threat of cuts in aid if the Haitian government did not allow this thug to come home
No money in it for the Foundation to add to its overflowing till?
No favors to sell by getting Bill another speaking slot to fill?
Not as dramatic as Benghazi but still asleep at the switch
An innocent Casey Chadwick stabbed to death a victim of yet another immigration glitch
The report goes on to state that ICE officials trying to deport whether by design are overworked
4 officers in one office to manage 37,000 cases is the sign a system totally berserk
This government is releasing illegal alien released prisoners back on the streets to rob, rape and kill
Obama’s administration then hides those facts oblivious to the rising butchers’ bill
Hillary if you have a moral conscience which I have come to doubt
Look at the face of Casey Chadwick killed because you didn’t lift a finger and this thug was let out 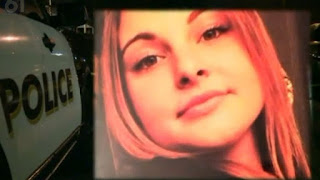 © June 22, 2016, Michael P. Ridley aka the Alaskanpoet
Alaskanpoet for Hire, Poems to Admire


Poet Extraordinaire Beyond Compare
The Perfect Gift, All Recipients to Receive a Lasting Lift
Posted by Michael P. Ridley aka the Alaskanpoet at 2:51 PM