Ridley’s Believe It Or Not For August 27, 2017 Harvey continues to inundate  the Houston area with massive amounts of rain with nowhere to go other than to flood homes, businesses and roads with more heavy rain forecast (when you have flood waters to the height of traffic signals you have a problem); sadly the death toll has risen to six but is expected rise further when and if the waters start to recede; at least Texans are coming together as one with volunteers with flat bottom boats bringing ala Dunkirk friends and strangers to safety; President Trump has acted decisively to speed federal aid to Texas and will visit the area on Tuesday; one slight silver lining is that 20,000 passengers remain stuck at sea on cruise ships that cannot return to port (as long as supplies hold out being on a cruise ship beats being in a Red Cross shelter); Biden is back in the news with over the top rhetoric claiming Trump has unleashed the darkest forces to overcome years of civil rights progress and slamming Trump for pardoning an 85 year old sheriff Joe Arpaio (denials notwithstanding with remarks like that Joe still has a case of presidential fever); Trump has overturned Obama’s ban of giving surplus military equipment to police departments; in Berkeley, ground zero for the free speech movement a hundred hooded anarchists entered a no hate rally looking for counter protesters to physically attack while the police did not stop these anarchists;  in another example of the ingenuity of human traffickers, Border Patrol agents discovered a tunnel near Otay Mesa when they arrested 30 illegals including 23 Chinese; through August 26, 2017 in Chicago the number of people being shot climbed to 2498, 432 of whom have died.
As always, I hope you enjoy today’s holidays and observances, a music link to Chainsmokers, factoids of interest for this day in history, a relevant quote by Irene Parby on the roll of women in politics, hoping the jebels you face in life are short and with gentle slopes,  secure in the knowledge that if you want to find a gift for any memorable events like weddings, or anniversaries, you know that the Alaskanpoet can provide you with a unique customized poem at a great price tailored to the event and the recipient. You need only contact me for details.
1. National Petroleum Day—celebrating to the dismay of the eco-warriors the discovery by Edwin Drake of petroleum on this day in 1858 of petroleum in Titusville,Pennsylvania.
2. Lyndon Baines Johnson Day—celebrated in Texas to commemorate the birthday on this day in August 27, 1908; given the rains coming down in Houston, the state holiday festivities will be somewhat restrained.
3. 2016 Number One Song—the number one song in 2016 on a run of 12 weeks in that position was “Closer” by Chainsmokers. Here is a performance of the song: https://www.youtube.com/watch?v=gT-JzR0qn3o
4. Word of the Day—today’s word of the day is “jebel” which is a term used in the Middle East or Africa to designate a mountain or hill which is what unfortunately we still have climb to defeat radical Islam there or at home.
5.  Cats Rule Humans Drool—celebrating the birth on this day in 1958 of Dennis Avner aka80 Stalking Cat who underwent a record 14 body modifications to make his face look like a tiger; sadly he only had one life not nine which he discovered when he committed suicide in 2012. 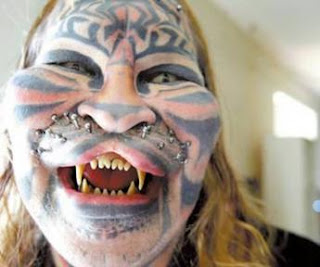