March 8, 2017 Ridley's Believe It Or Not International Women's Day

Ridley’s Believe It Or Not For March 8, 2017 Just posted on www.alaskanpoet.blogspot.com  Iditarod Tails for this morning (so nice to do that as opposed to being swamped by chaos coming out of D.C.); today is “A Day Without Women” organized by such liberal groups as Planned Parenthood and funded by George Soros to the tune of almost  250 million dollars to encourage women to stay home from work to protest Trump’s alleged misogynist views (school kids in public schools across the nation may applaud a day off but the idea is ridiculous); despite the obstructionist scorched earth policy of head Swamp Denizen Schumer and his lackeys the Trump job creating machine driven in part by the hope that finally we have a president unlike the former who understands the need to lower taxes and eliminate job killing regulations, the February job report heralded the creation of 298,000 new jobs; the FBI is on a full court press to find the moles who leaked the CIA hacking revelations to WikiLeaks (it is time for the U.S. to have a serious tete-a-tete with Ecuador to pressure them to release Assange so he could be arrested and for once we need to get serious on cyber security at the federal and state levels); Senator Kaine’s son was arrested for 2nd degree rioting at an anti-Trump protest; Iraqi forces are slowly pushing ISIS out of Mosul aided by U.S. air strikes but the ISIS leader al-Baghdadi may have escaped; in another example of how complex the world has become in terms of our ability to fight radical Islam Saudi Arabia our supposed ally is the largest source of fighters for ISIS yet that nation is excluded from the visa ban (have we forgotten that most of the 9/11 hijackers were Saudis?); Hawaii is the first state out of the block in the leftist 9th Circuit to sue the Trump Administration over its new travel ban; almost like a stuck record, the carnage in Chicago continues unabated with total shootings in 2017 through March 7 at 576, 104 of whom have died (God help those poor minorities being shot mostly by minorities when the weather gets warmer and the shooters’ aim gets really better and there is more daylight) and yet nothing, absolutely nothing, appears to be occurring to address this blight on blacks and minorities which is what racism from a black mayor really looks like.
As always, I hope you enjoy today’s holidays and observances, a music link to the McGuire Sisters, factoids of interest for this day in history, a relevant quote from Barbara Bush, while always ready to grab the bull by the horns as opposed to being a noctambulist secure in the knowledge that if you want to find a gift for any memorable events like birthdays, weddings, or anniversaries, you know that the Alaskanpoet can provide you with a unique customized poem at a great price tailored to the event and the recipient. You need only contact me for details.
1. International Women’s Day—celebrated initially as Working Women’s Day commemorating the contributions of women in the work force and promoting equal opportunities and equal pay for women; ironic that today in the U.S. the day is observed by a nationwide “A Day without Women” protests by women who are encouraging women to not report for work.
2.  International Women’s Collaboration Brew Day—celebrating since 2014 when 60 female brew masters around the world simultaneously brewed the same recipe for a craft beer to demonstrate that women could compete in a very male dominated industry.
3. 1955 Number One Song—celebrating the number one song in 1955 on a run of 6 weeks in that position “Sincerely” by the McGuire Sisters.  Here is a recording of them performing the song:  https://www.youtube.com/watch?v=tbK5qULCeEk
4. Word of the Day—today’s word of the day is “noctambulist” which means a sleepwalker and which can be used to describe most politicians when it comes to addressing the issues important to Americans as opposed to raising money to get reelected.
5. This Lady Rocks—celebrating the birth on this day in 1957 of Cynthia Rothrock, former World Karate Champion from 1981-85 and holder of five martial arts black belts who has appeared in 30 films.
On this day in:
a. 1775 in the first step of a long struggle an anonymous author believed to be Thomas Paine called for the abolition of slavery and the emancipation of slaves in an article entitled “African Slavery in America.”
b. 1817 the New York Stock Exchange was founded.
c. 1917 the U.S. Senate voted to end filibusters by adopting the cloture rule requiring two thirds of the Senators voting on the motion to be in favor of ending debate.
d. 1965 the agony that would be known as the Vietnam War and result in the wasted deaths of over 58,000 members of the armed forces of the U.S. began in earnest as 3500 Marines landed in South Vietnam.
e. 2017 the Azure Window on the island nation of Malta collapsed into the sea after a severe storm (too bad as that was on my bucket list). 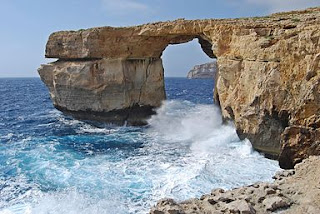 Reflections of the accomplishments to come from women on this International Women’s Day: "Somewhere out in this audience may even be someone who will one day follow in my footsteps, and preside over the White House as the President's spouse. I wish him well!" Barbara Bush Wise words but thank God she was not addressing Bill Clinton. Please enjoy the poems on events of interest on my twitter account below (if you like them, retweet and follow me) and follow my blogs. Always good, incisive and entertaining poems on my blogs—click on the links below. Go to www.alaskanpoet.blogspot.com for Ridley’s Believe It Or Not—This Day in History, poems to inspire, touch, emote, elate and enjoy and poems on breaking news items of importance or go to Ridley's Believe It Or Not for just This Day in History.
© March 8, 2017, Michael P. Ridley aka the Alaskanpoet
Alaskanpoet for Hire, Poems to Admire
Poet Extraordinaire Beyond Compare
The Perfect Gift, All Recipients to Receive Lasting Lift

Posted by Michael P. Ridley aka the Alaskanpoet at 1:33 PM