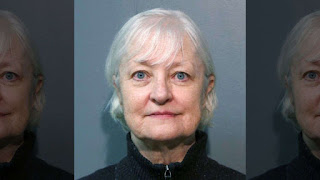 It is sometimes hard for writers to keep the creative juices new and flowing
Especially with NetFlix and other venues, the demand for new product keeps growing
An easy way from the gridlock of a blank sheet or computer screen
Is to build upon a sequel of a success by millions already seen
Explains Jaws, Fast and Furious, King Kong, and Sharkanado 1-6
The old adage of don’t fix it if it’s not broken sticks
Airport  made in 1970 for only 10 million dollars
Made 100 million with 10 Academy Award nominations to collar
Helen Hayes the aging stowaway with her long career to impress
Was awarded with an Academy Award for Best Supporting Actress
Three other sequels were made with The Concorde being the last
A fourth was planned but unfortunately for George Kennedy never came to pass
But the aging stowaway in real life strikes a responsive cord
After all who would not cheer as an aging women foils TSA and on a plane sneaks aboard
Marilyn Hartman now 67 tried to evade TSA 8 times without a ticket trying to board in 2014
After in March of this year succeeding on a flight to London now dubbed as Serial Stowaway Queen
Arrested again on October 5 trying to board and due soon in court
What will it take for this grandmother type to her activity abort?
Serious stuff in today’s jihadist terrorist world if one circumvents however ineffective the checkpoints of TSA
A stiff sentence with prison time to convince her to mend once and for all her stowaway ways?
Or maybe in a Catch Me If You Can moment another Airport sequel
In which she could be a consultant to escape TSA security drill?
© October 12, 2019 Michael P. Ridley

Posted by Michael P. Ridley aka the Alaskanpoet at 4:44 PM