Ridley’s Believe It Or Not For July 19, 2017 The drama of the complete failure of the Republican Senate to come through on its promise to the American public to repeal Obamacare is coming to a disastrous close (if the Reds believe that anyone is going to vote for them to remain in power in 2018 after this total fiasco, they must be smoking something more powerful than the strongest meth on the planet); Trump finally engaged on the health care front calling for no recess until healthcare bill passed; MSM is going ballistic again on its Russian collusion delusion due to Putin and Trump meeting at the G-2 with only an interpreter from the Kremlin joining the two of them; on the sex crimes front a married substitute female teacher in Fresno has been charged with having sex with one of her eighth grade students (looking at her mug shot and one has to feel very sorry for the trauma the eighth grader must have experienced); 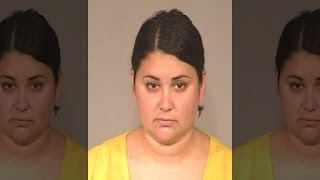 Judge Watson had his hand slapped by SCOTUS on the issue of the Trump travel ban blocking refugees but left his expanded list of persons with bonafide interests including cousins (talk about judicial overreach); on the opioid wars front a New Jersey doctor was arrested for writing hundreds of bogus prescriptions for pain killers in exchange for cash which 16 drug ring members were then able to sell on the street (if guilty this drug pusher in a white coat should be put away for a very long time and if any of those prescriptions caused the death of a user, he should be charged with murder); on the illegal alien front, the acting director of ICE is preparing a surge against sanctuary cities and counties amid news that illegal crossings are at all time lows; finally after months of stonewalling Debbie Wasserman Schulz, another classic Swamp creature, has finally agreed to allow the Capitol Police to scan the contents of her laptop in their investigation of potential criminal activity of a Pakistani IP firm that is being charged with hacking and overbilling; another HRC scandal in the making as the Inspector General of the USPS indicated numerous violations of the Hatch Act by union members of the USPS in campaigning for her election (given the financial woes facing the USPS it needs this scandal like a hole in the head); through July 18, 2038 people have been shot in Chicago 360 of whom have died (sadly the ATF agents Trump has sent has not put a damper on the carnage).


As always, I hope you enjoy today’s holidays and observances, a music link to Duran Duran; factoids of interest for this day in history, a relevant quote by President Jimmy Carter on the Olympics boycott, hoping you do not have to put up with people who are inscient,  secure in the knowledge that if you want to find a gift for any memorable events like weddings, or anniversaries, you know that the Alaskanpoet can provide you with a unique customized poem at a great price tailored to the event and the recipient. You need only contact me for details.
1. Take Your Poet to Work Day—celebrated since 2013 and dreamed up by Tweakspeak Press to, you guessed it, promote poetry.
2. Flight Attendant Safety Professionals’ Day—celebrating the accomplishments of flight attendants to our flight safety and proclaimed by President George H.W. Bush on July 19, 1990; don’t blame the flight attendants for the lack of food, lack of leg room and the hassles of getting through inept checkpoints and long lines to even board the plane.
3. 1985 Number One Song—the number one song in 1985 on a run of 2 weeks in that position was “A View to a Kill” by  Duran Duran. Here is a performance by the band of the song: https://www.youtube.com/watch?v=a3pQDMi4W-g
4. Word of the Day—today’s word of the day is “inscient” which means little or no knowledge which defines the denizens of the Swamp to a tee in terms of their knowledge of the concerns of Americans outside the Beltway (hint the Russian collusion delusion is on the absolute bottom of their list).
5. Not Grateful to Be Dead--celebrating the birth on this day in 1948 of Keith Godchaulk, pianist for many years with the Grateful Dead, but plagued by alcohol and heroin and the chaos of the rock and roll life style departed from the band with his wife and formed their own band. Sadly, while being driven home from his 32nd birthday party he was involved in an automobile accident and died two days later.
On this day in:
a. 1843 the Atlantic became a much smaller ocean with the launching of the SS Great Britain the first iron hulled ship with a screw propeller able to cross the Atlantic loaded with 730 passengers and 1,200 tons of cargo in 14 days.
b. 1903 Maurice Garin won the first Tours de France.
c. 1977 the first GPS transmission was sent from the satellite NTS2 and received in Cedar Rapids, Iowa as the world became again a smaller place more difficult to get lost in.
d. 1980 the Moscow Summer Olympics opened but without the presence of the United State who was boycotting the games due to the invasion by the Soviet Union of Afghanistan (Moscow would return the favor 4 years late in Los Angeles).
e. 1983 the first three dimensional model of a human head by CT was published.
Reflections on the U.S. boycott of the Moscow Summer Olympics: “That's why it's particularly important that you join in with us, not in condemnation, even of the Soviet Union, not in a negative sense at all, but in a positive sense of what's best for our country and best for world peace. There must be a firm, clear voice of caution given to the Soviet Union, not just in admonition and criticism of what they have already done to despoil a small and relatively weak country but to make sure that they don't look upon this as an achievement without serious adverse consequences which can then be followed up with additional aggression along the same lines.” President Jimmy Carter speaking to members of the 1980 U. S. Olympics Team explaining why it was necessary to boycott the Summer Olympics.  Please enjoy the poems on events of interest on my twitter account below (if you like them, retweet and follow me) and follow my blogs. Always good, incisive and entertaining poems on my blogs—click on the links below. Go to www.alaskanpoet.blogspot.com for Ridley’s Believe It Or Not—This Day in History, poems to inspire, touch, emote, elate and enjoy and poems on breaking news items of importance or go to Ridley's Believe It Or Not for just This Day in History.
© July 19, 2017, Michael P. Ridley aka the Alaskanpoet
Alaskanpoet for Hire, Poems to Admire


Poet Extraordinaire Beyond Compare
The Perfect Gift, All Recipients to Receive Lasting Lift
Posted by Michael P. Ridley aka the Alaskanpoet at 4:02 PM