July 18, 2017 Ridley's Believe It Or Not International Firgun Day

Ridley’s Believe It Or Not For July 18, 2017 The drama of the complete failure of the Republican Senate to come through on its promise to the American public to repeal Obamacare is coming to a disastrous close (if the Reds believe that anyone is going to vote for them to remain in power in 2018 after this total fiasco, they must be smoking something more powerful than the strongest meth on the planet); if you want to see corruption that is so blatant look to HRC’s tenure at Secretary of State aka the quid pro quo Wal-Mart with millions to the Clinton Foundation and $500k in speaking fees to Bill in Moscow while HRC opposed Russian sanctions and approved the sale of 20% of our uranium assets to a Putin controlled company;  The Juice will be finally let loose on parole to hunt for the killer of his ex wife Nicole? Hobbled by diabetes  and memories of what he once was and but for killing her he could have been to  rest in tormented hell like Hector dragged behind a chariot until you die; Reds are still scrambling and do not have the votes to repeal and replace (why is Trump still MIA on this debate?); the real threat to our democracy is not a naïve meeting with a Russian lawyer who looks more and more like a person with no info on Hillary, who but for the intervention of the Obama administration should not have been here and was involved in a classic entrapment to damage Trump but the growing number of Obama senior officials involved in the probe of unmasking Trump supporters and campaign officials; Susan Rice, the woman with zero credibility, will be testifying before Congress but sadly it may be behind closed doors on the unmasking of Trump officials and supporters; USC which in the past has had its scandals limited to the athletic field has been rocked with a report that its former Dean of the Keck Medical School led a life of drugs and prostitutes (Fight on for SC!); call the cops to report a possible sexual assault and be shot dead by a Somali-American police officer with no body cams on sad (the victim looks a lot like Kate Stenle whose death the Blues including Harris refuse to protect future repeats; 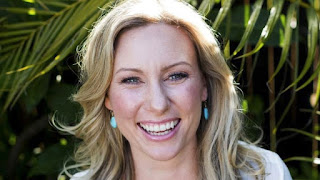 through July 16, 2026 people have been shot in Chicago 356 of whom have died (sadly the ATF agents Trump has sent has not put a damper on the carnage.

As always, I hope you enjoy today’s holidays and observances, a music link to Prince; factoids of interest for this day in history, a relevant quote by Michael Ignatieff on genocide, hoping you are not inquinated in dealing with issues,  secure in the knowledge that if you want to find a gift for any memorable events like weddings, or anniversaries, you know that the Alaskanpoet can provide you with a unique customized poem at a great price tailored to the event and the recipient. You need only contact me for details.
1. International Firgun Day—celebrated since 2014 to celebrate the accomplishments of others without having an ulterior motive.
2. World Day for International Justice—celebrating or bemoaning the trend to subject individuals to international courts of justice for perceived crimes.
3. 1984 Number One Song—the number one song in 1984 on a run of 8 weeks in that position was “When Doves Cry” by  Prince. Here is a performance by him of the song:  https://www.youtube.com/watch?v=IUc0R8bbWQE
4. Word of the Day—today’s word of the day is “inquinate” which means to corrupt or defile which fits to a tee the MSM’s approach to objective journalism in covering Trurmp.
5. Lebenstraum In Reverse--celebrating the birth on this day in 1954 of Andrea Merkel, the chancellor of Germany who is being castigated by her fellow citizens for opening the floodgates of Germany to refugees from the Middle East.
On this day in:
a. 1902 Willis Carrier to the joy of denizens of the Swamp and office workers across this nation created the first air conditioner.
b. 1918 Tsar Nicholas II and his family were executed by the Bolshevists.
c. 1955 Disneyland was opened in Anaheim, California.
d. 1984 in the U.S. the national drinking age was set at 21.
e. 1989 the first test flight of the B-2 Stealth bomber occurred.
Reflections on a crime the International Court of Justice was created to prevenvent:“   Genocide is not just a murderous madness; it is, more deeply, a politics that promises a utopia beyond politics - one people, one land, one truth, the end of difference. Since genocide is a form of political utopia, it remains an enduring temptation in any multiethnic and multicultural society in crisis.” Michael Ignatieff, noted former leader of Canada’s Liberal Party.  Please enjoy the poems on events of interest on my twitter account below (if you like them, retweet and follow me) and follow my blogs. Always good, incisive and entertaining poems on my blogs—click on the links below. Go to www.alaskanpoet.blogspot.com for Ridley’s Believe It Or Not—This Day in History, poems to inspire, touch, emote, elate and enjoy and poems on breaking news items of importance or go to Ridley's Believe It Or Not for just This Day in History.
© July 18, 2017, Michael P. Ridley aka the Alaskanpoet
Alaskanpoet for Hire, Poems to Admire


Poet Extraordinaire Beyond Compare
The Perfect Gift, All Recipients to Receive Lasting Lift

Posted by Michael P. Ridley aka the Alaskanpoet at 11:58 AM