March 24, 2016 Ridley's Believe It Or Not World Tuberculosis Day

Ridley’s Believe It Or Not For March 24, 2016. Unfortunately still 302 days to go in President Obama’s pathetic lame duck term but fortunately March Madness is in full swing for both men and women, but as Brussels proved so is the war practiced by Radical Islam on us and many of us after seeing Obama dancing the night away in Argentina are not comforted by his statement that fighting ISIS is his “top priority.” 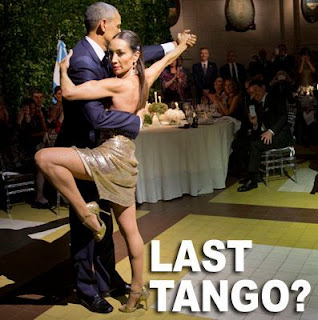 Stanford women face tomorrow night a very tough Sweet 16 game against Notre Dame who lost only one game during the season. Despicable political theater as Cruz and Trump are going after each other’s wives big time while Hillary and Bernie are not rising to the horrors of the Brussels attacks. I trust your Thursday is proving to be a great one; and as always, I hope  you enjoy today’s holidays and observances, a music link to Teresa Brewer, factoids of interest, a  relevant quote from Sir William Osler while looking forward to enjoying some chocolate covered raisins, blessed with a positive attitude and  secure in  the knowledge that if you want to find a gift for any memorable events like birthdays, weddings, or  anniversaries, you know that the Alaskanpoet can provide you with a unique customized poem  at a great price  tailored to the event and the recipient. You need only contact me for details.
1. World Tuberculosis Day—an observance to create awareness of this deadly killer which strikes close to 9,000,000 each year and buries over a million.
2. National Cocktail Day—celebrating a way to take the edge off or develop the proper mood, if in moderation and not before driving of course.
3. 1950 Number One Song—celebrating the number one song in 1950 on a run of four weeks in that position Music, Music, Music by Teresa Brewer. Here is a link to Teresa Brewer performing Music, Music, Music: https://www.youtube.com/watch?v=HXYwP6PNYRA
4. National Chocolate Covered Raisins Day—celebrating a great way to tend to one’s chocolate cravings plus take in some needed iron.
5. How Sweet It Is—celebrating the birthday on this day in 1947 of Alan Sugar who dropped out of high school but went on to become a self made multimillionaire.
On this day in:
a. 1765 in another legislative action moving the nation closer to declaring its independence from England, the English Parliament passed the Quartering Act requiring the colonies to quarter and provide provisions for English troops.
b. 1882 Robert Koch announced his discovery of the bacterium mycobacterium tuberculosis, the bacterium responsible for causing tuberculosis.
c. 1934 the U. S. Congress passed the Tydings-McDuffie Act which allowed the Philippines become a self governing commonwealth.
d. 1958 Elvis Presley was drafted into the U.S. Army an act which must have left his teenage female fans totally heartbroken.
e. 1998 Mitchell Johnson and Andrew Golden, age 11 and 13 went to the Westside Middle School in Jonesboro, Arkansas and shot 15 students and teachers, five of whom were killed. The two were tried and convicted and sent to juvenile prison until they turned 21 and then released.
Reflections on tuberculosis: “In the Mortality Bills, pneumonia is an easy second to tuberculosis; indeed in many cities the death rate has become higher; it has become to use the words of Bunyan ‘the captain of the men of death.’” Sir William Osler, noted Canadian doctor who is often referred to as the Father of Modern Medicine and on the four doctors who founded John Hopkins Hospital.,
Please enjoy the poems on events of interest on my twitter account below (if you like them, retweet and follow me) and follow my blogs. Always good, incisive and entertaining poems on my blogs—click on the links below. Go to www.alaskanpoet.blogspot.com for Ridley’s Believe It Or Not—This Day In History, poems to inspire, touch, emote, elate and enjoy and poems on breaking news items of importance or go to Ridley's Believe It Or Not for just This Day In History.

© March 24, 2016 Michael P. Ridley aka the Alaskanpoet
Alaskanpoet for Hire, Poems to Admire


Poet Extraordinaire Beyond Compare
The Perfect Gift, All Recipients to Receive a Lasting Lift
Posted by Michael P. Ridley aka the Alaskanpoet at 1:28 PM