March 9, 2022 Ridley's Believe It Or Not National Meatball Day

CV World Cases: The planet continues with cases still increasing but the increase slowing down with cases now over 451 million at 451,740,204 cases,  59,887,860 of which are active, 391,852,344 closed with 385,808,654 recoveries (98.46%), and crossing the 6,000,000 barrier 6,043,698 deaths (1.54% )to continue the low trend of increased cases with increased recovery percentages and decreased death percentages with some plateaus, dips, and rises.
CV USA Cases: Total cases now passing 81 million at 81,064,103 with 24,644,636 active cases  of which 5158 are serious or critical, (15,517 on 12/12) (back to steady decreases despite the increase in active cases due to the relative mildness of the Omicron variant) to .021 % of active cases (back to back steady decreases despite the increase in active cases due to the relative mildness of the Omicron variant  and to increase  the reduction from the 29,271 peak on 12/31/2020 to 24,113, 56,419,467 closures with 989,473 deaths (1.75%) and with 55,429,994 recoveries (98.25%). Our death rate percentage is .21%  higher than the world’s death rate.
Standing: On a deaths per million population measure on a steady but slowing climb to 2960 the U.S. ranks behind Peru (6260) the new number 1 which has had a quantum leap in deaths previously unmatched which was a change in the classification to give Peru the a new method of reporting; Bulgaria (5247), Hungary (4631), Romania (3373),  Brazil (3039), and Poland (2991) and slightly higher than Argentina (2766), Columbia (2687), Belgium (2597), Italy (2592), Russia (2453), Mexico (2442), UK (2372), Chile (2232), Spain (2159), France (2133), Portugal (2096), Ecuador (1952),  Bolivia (1798),  Sweden (1730) that never closed its economy down like we did, and Switzerland (1523).
US Vaccinations: As of 03/09/22   555.6 million doses, 297,158 per day last week ( 75.8%) of population now vaccinated  with at least one shot)  and in California 36,258 per day  (which means at least 81.9% of the population of California has received at least one shot) which many believe is necessary to develop herd immunity (other than Flip Flop Fauci who may believe that 90% is required).  In California 71,889,489 total doses have been given (83.2%  of doses received to exceed the U.S. average of 80.2%), California has moved  from 10th to 12th tied with Illinois of the 50 states in terms of the percentage of doses administered as a percentage of doses delivered to the states and at 70.6%% of its population fully vaccinated compared to the U.S. average of 64.5% and has  moved from 12th   in terms of the percentage of the population fully vaccinated compared to other states (nothing like a recall election to get Newsom’s attention and performance).
Non  CV News: Russia has bombed a maternity and children’s hospital Mariupol injuring 17 but fortunately killing no one while the word of the Russians once again has been shown to be not worthy of trust as a no fire exit path was shelled on people trying to flee the city; the U.S. and the UK are sending more and more anti-aircraft missiles to counter Russian air strikes (what would it take for the U.S. to install Iron Dome anti-aircraft and rocket systems; Energy Secretary Jennifer Granholm refused to answer questions about our energy crisis and her aides blocked the views of reporters and tried to whisk away (height of ludicrously that Biden is so blinded and awed by the Green New Deals insane war on fossil fuels that he is blocking oil companies from increasing production and instead looking to foreign sources); with the aid of MSM lackeys like CNN, the Biden Administration is trying to blame high gas prices on Putin and his invasion even though prices were on a steady upward climb well before Putin started to mass his troops (Biden refuses to acknowledge the reason for higher prices is his administration’s attack on domestic oil production); Climate Czar Kerry is back in the news again inanely claiming that the over 2 million Ukrainian refugees fleeing the country pale by comparison to the refugees caused by climate change (wonder when this mammoth carbon emitter will forego his private jets and fly in commercial aircraft like the rest of us mere mortals?); the UK is confirming confirmations by Russia that it has been using thermobaric bombs in Ukraine ( $64 question when this war is over is whether Putin will be charged with war crimes and prosecuted): Leonid Nevzlin, a Russian oligarch who fled Russia 20 years ago and is now living in Israel, has renounced his Russian citizenship due to Russia’s invasion of Ukraine; if a person can charge his or her EV at home overnight it will be far less expensive that having a gasoline engine powered car but if the car has to be charged in quick charging station, it may cost more a gas powered vehicle (the Achilles Heel for EV’s is the range and the scarcity of public charging stations); Jussie Smollett will return to court tomorrow for sentencing for lying to police on his hoax racial hate crime; HRC is back in the news again with speculation that she will rise from the political graveyard to run for president in 2024 but leave it to the political cartoonist to reveal the political baggage that would rise with her in any such run: 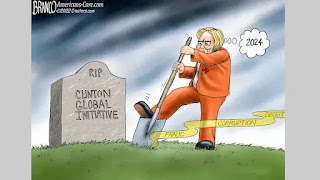 Chicago Gun Violence: Hey Jackass.com is alive and well to collect data to show that through March 8, 2022, gun violence involving mostly persons of color shooting mostly persons of color in Chicago is alive and well with 452 shot of whom 96 have died.
As always, I hope you enjoy today’s holidays and observances, factoids of interest for this day in history, a recording of “Love Machine” by The Miracles; the fact that your doctor will often prescribe spansules for you; and a quote by former Treasury Secretary William Woodin on the Emergency Banking Relief Act, secure in the knowledge that if you want to send a gift for any memorable events like St. Patrick’s Day, Mothers’ Day, college graduations, birthdays, weddings, or anniversaries, you know that the Alaskanpoet can provide you with a unique customized poem at a great price tailored to the event and the recipient. Please contact me for details on pricing.
1.  National Meatball Day—not sure who created this day or when only that the meatball is a good way to stretch out one’s purchase of hamburger which given the inflation hitting us in the supermarkets is a great idea.
2.  National False Teeth Day—celebrating dental devices that have been around for centuries to enable people to be able to smile, eat and speak after having lost due to cavities, infections or accidents their natural teeth and now being replaced by dental implants.
3.  1976  Number 1 Song—the number 1 song in 1976  on this day was  “Love Machine” by The Miracles on a run in that position for 1 week  to join 25 other number 1 songs while 15 acts  hit the charts at Number 1 for the first time. Here is a recording of The Miracles performing “Love Machine”: https://www.youtube.com/watch?v=513jP1SUgnQ. The Miracles were the first successful recording group for Berry Gordon’s Motown Records and often referred to as Motown’s “soul supergroup.”
4.  Word of the Day—the word of the day is “spansule” which means a time release capsule which when taken often avoid upsetting the stomach and allow for better absorption of the dosage taken orally.
5.  Taking the High Road—celebrating the birth on this day in 1969 of noted TV journalist and former co-host of The Five on Fox News who was a special adviser to President Trump and is now dating Donald Trump, Jr. and has earned the “taking the high road” nom de plume since her first marriage was to Gavin Newsom when he was Mayor of San Francisco but did not get involved to encourage voters to recall him in favor of Larry Elder.
On this day in:
a. 1841 SCOTUS ruled in the case of United State v. Schooner Amistad  that the 49 slaves being transferred from Havana, Cuba to the Province of Puerto Precipe who mutinied and seized control of the vessel were within their rights to do so and when the ship was boarded off the coast of Long Island, were to be freed.
b. 1933 with the nation’s banking system imploding and a wave of runs on banks by terrified depositors and states declaring bank holidays, President Roosevelt introduced the Emergency Banking Relief Act which had been drafted by the Treasury Department during the Hoover Administration to a Joint Session of Congress which was passed by the House and Senate on the same day.
c. 1960 to the joy of patients needing dialysis on a regular basis to survive, Dr. Belding Hibbard Scribner implanted a shunt he had invented into a patient so he could receive dialysis on a regular basis.
d. 1997 The Notorious B.I.G. after attending the Soul Train Music Awards in Los Angeles, was shot and killed in a drive by shooting after leaving a party at the Petersen Automotive Museum. The murder has never been solved.
e. 2011 the Space Shuttle Discovery launched on February 24, 2011 landed for the final time after 39 flights into space to be followed during the year by its two sister Space Shuttles—Endeavor and Atlantis.
Reflections on the passage of the Emergency Banking Relief Act: "The emergency banking legislation passed by the Congress today is a most constructive step toward the solution of the financial and banking difficulties which have confronted the country. The extraordinary rapidity with which this legislation was enacted by the Congress heartens and encourages the country." Secretary of the Treasury William Woodin, March 9, 1933.
Please enjoy the poems on events of interest on my twitter account below (if you like them, retweet, and follow me) and follow my blogs. Always good, incisive and entertaining poems on my blogs—click on the links below. Go to www.alaskanpoet.blogspot.com for Ridley’s Believe It Or Not—This Day in History,  poems to inspire, touch, emote, elate and enjoy and poems on breaking news items of importance or go to  Ridley's Believe It Or Not for just This Day in History.

© March 9, 2022,  Michael P. Ridley aka The Alaskanpoet
Alaskanpoet for Hire, Poems to Admire
Poet Extraordinaire, Beyond Compare
A Unique Gift, All Recipients Receive a Lasting Lift


Posted by Michael P. Ridley aka the Alaskanpoet at 6:34 PM