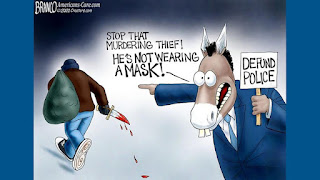 Chicago Gun Violence: Hey Jackass.com is alive and well to collect data to show that through July 30, 2021, gun violence involving mostly persons of color shooting mostly persons of color in Chicago is alive and well with 2557 persons shot of whom 439 have died.
As always, I hope you enjoy today’s holidays and observances, factoids of interest for this day in history, a video recording musical link to “Annie’s Song” by John Denver, the fact that while other areas on the nation are being flooded with scelerats, yours is not; and a quote by Captain Michael Biggs on the British Army on Operation Banner,secure in the knowledge that if you want to send a gift for any memorable events like Labor Day, college graduations, birthdays, weddings, or anniversaries, you know that the Alaskanpoet can provide you with a unique customized poem at a great price tailored to the event and the recipient. Please contact me for details on pricing.
1.  Perthes Disease Awareness Day—observing a rare hip disease affecting young children that causes the head of the hip socket to be deprived of blood, weakening the bone tissue, and resulting in fractures and osteoarthritis.  Unfortunately, the cause of the disease is not yet known.
2.  World Ranger Day—created by the International Ranger Federation and first celebrated on this day tin 2007 to honor those park rangers who have lost their lives in the line of duty and to promote awareness of the fine work done by park rangers to protect the fauna and flora of national and state parks and visitors thereto while enhancing the quality of such visits.
3. 1974 Number 1 Song USA—the number 1 song in 1974 on this day was “Annie’s Song” by John Denver on a run of 2 weeks in that position to join 35 other songs that achieved number 1 status and join 24 other acts who achieved their first number 1 song on the Billboard Hot 100. Here is a recording of “Annie’s Song” by John Denver:
https://www.youtube.com/watch?v=RNOTF-znQyw Denver was a prolific singer songwriter who released 33 albums and recorded some 300 songs, 200 of which he had written. An experienced pilot with 2700 hours of flight time, he was killed while practicing touch and go landings in his homebuilt light aircraft Rutan-EZ Monterey, crashing into the bay on   October 12, 1997.
4.  Word of the Day—the word of the day is “scelerat” which means a villain or criminal which describes to a tee who are descending in large numbers onto our streets.

5.  4th Time Not the Third Is the Charm--celebrating the birth on this day in 1992 of Cuban born pitcher José Fernández who failed in his first 3 attempts to defect to the U.S. but succeeded on his fourth to become a pitcher for the Miami Marlins from 2013 to his death in 2016, overcame Tommy John Surgery, and his pitching career was on an upward track until 5 days after his girlfriend announced she was pregnant, on September 25, 2016 drove his boat at over 56 knots into a rock jetty killing himself and 2o passengers. Toxicology reports revealed he had cocaine in his system and was legally DUI.

On this day in:
a. 1977 the Second Continental Congress accepted the services of Gilbert du Motier, the Marquis de Lafayette to serve in the Continental Army with the rank of major general.
b. 1970 the officially sanctioned issue of rum to British seaman in the British Royal Navy was ended.
c. 2006 an ailing Fidel Castro transferred power to his brother Raul who would keep Cuba in his authoritarian Communist grip until bowing to old age of 90 stepped down but the party still rules as demonstrations against the regime have erupted throughout Cuba.

d. 2007 Operation Banner, the longest operation in military operation in British history which had begun on August 14, 1969 at the request of the government of Northern Ireland as a peace keeping mission and quickly in the eyes of Catholics there morphed into an army of occupation, finally came to an end after the army suffered some 1400 deaths and over 6,000 wounded.
e.  2012 American swimmer Michael Phelps broke the record set in 1964 by Russian gymnast Larisa Latynina who had won 14 individual medals and 4 team medals by running his medal winning total to 22 but after a brief retirement came back in 2016 to add icing to the medal cake by bring his total medal count to 28, 23 of which were gold  with 13 individual and 10 team before retiring for good.
Reflections on what Operation Banner actually accomplished:  Well, in Newry where I was, it’s a predominantly Roman Catholic area, so you have to say that most of the people I came into contact with would have been Catholics. In Newry I also saw that rather than peacekeeping between the Catholics and the small Protestant community, we were pushing a wedge through, which was furthering the division between the two communities. I could see that we were actually polarizing them.” Michael Biggs, a captain in the British officer, stationed in Northern Ireland who left the British Army as a conscientious objector as a result of his experiences there.

© July 31, 2021 Michael P. Ridley aka The Alaskanpoet
Alaskanpoet for Hire, Poems to Admire
Poet Extraordinaire, Beyond Compare
A Unique Gift, All Recipients a Lasting Gift

Posted by Michael P. Ridley aka the Alaskanpoet at 1:23 PM