August 14, 2021 Ridley's Believe It Or Not National Social Security Day 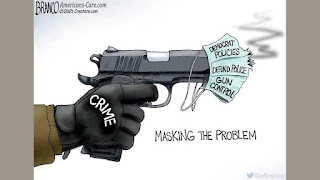 Chicago Gun Violence: Hey Jackass.com is alive and well to collect data to show that through August 13, 2021, gun violence involving mostly persons of color shooting mostly persons of color in Chicago is alive and well with 2797 persons shot of whom 479 have died.
As always, I hope you enjoy today’s holidays and observances, factoids of interest for this day in history, a  music video link to  “I Still Haven’t Found What I’m Looking For” by U2, that you enjoy the fact when you see the red flag warning go up you are smart enough not to risk a scud, and a quote by Rashad Harrison on lynchings, secure in the knowledge that if you want to send a gift for any memorable events like Labor Day, college graduations, birthdays, weddings, or anniversaries, you know that the Alaskanpoet can provide you with a unique customized poem at a great price tailored to the event and the recipient. Please contact me for details on pricing.
1.  National Social Security Day—created by the House of Representatives by resolution on August 1, 1985, to commemorate the passage of the Social Security Act of 1935 whose success may be put in peril as the ratio of people working and contributing to the fund and the number of people receiving benefits decreases each year.
2.  National Tattoo Removal Day—created by Astanza Laser in 2018 and first celebrated on this day in 2018 to recognize the fact that just like marriages or relationships that were started on the supposition they would last forever often do not prompting the need to eliminate the tattoo trace which is now much less difficult with lasers.
3. 1987 Number 1 Song USA—the number 1 song in 1987 on this day was “I Still Haven’t Found What I‘m Looking For” by U2 for 2 weeks in that position to join 29 other songs that achieved number 1 status and join 15 other acts that achieved their first number 1 song on the Billboard Hot 100. Here is a music video of “I Still Haven’t Found What I’m Looking For” by U2:  https://www.youtube.com/watch?v=e3-5YC_oHjE U2 originally starting out as Feedback was formed in Dublin while 14 year old Larry Mullen, Jr. was a 14 year old student at Mount Temple Comprehensive School and went on to great success and are still playing today.
4.  Word of the Day—the word of the day is “scud” which means not that Iraqi missile that could not hit a barn door but rather to sail swiftly before a gale.
5.  Beating the Odds—celebrating the birth on this day in 1941 of noted singer and songwriter, David Crosby who is best remembered for being a band member of the Byrds and Crosby Stills and Nash who overcame some struggles with drugs and alcohol and aided by a liver transplant is still alive and well and performing today at age 81.
On this day in:
a. 1893 France became the first country to introduce motor vehicle registration.
b. 1936 Rainey Bethea, an African American convicted of raping a white woman, had the dubious distinction of being the last person to be executed  by a public hanging which was witnessed by some 20,000 people in Owensboro, Kentucky; sadly although he was the last such public execution not the last hanging which continued until Michael Donald, an African American was lynched on March 21, 1981 not for any alleged crime but for being black in Mobile, Alabama when a black defendant accused of murdering a cop had just had his trial declared a mistrial because of a hung jury and was awaiting a third trial.
c. 1959 founding of and the first meeting of the American Football League.
d. 1994  Ilich Ramírez Sánchez, also known as “Carlos the Jackal”, one of the more feared terrorist assassins was captured and is now serving life sentences for the murders of 16 victims.
e. 2015 the U.S. Embassy reopened in Havana 54 years after diplomatic relations were severed in 1961.
Reflections on being lynchings: ““The sight of a cross on fire should be unsettling to any true Christian. To a Negro it is worse. A unique kind of fear enters your mind, one perfected by the South: that you could die for the most harmless of offenses. You could die just for the crime of living.”― Rashad Harrison, Our Man in the Dark:A Novel
Please enjoy the poems on events of interest on my twitter account below (if you like them, retweet, and follow me) and follow my blogs. Always good, incisive and entertaining poems on my blogs—click on the links below. Go to www.alaskanpoet.blogspot.com for Ridley’s Believe It Or Not—This Day in History,  poems to inspire, touch, emote, elate and enjoy and poems on breaking news items of importance or go to  Ridley's Believe It Or Not for just This Day in History.

© August 14, 2021 Michael P. Ridley aka The Alaskanpoet
Alaskanpoet for Hire, Poems to Admire
Poet Extraordinaire, Beyond Compare
A Unique Gift, All Recipients a Lasting Gift

Posted by Michael P. Ridley aka the Alaskanpoet at 12:26 AM