August 9, 2021 Ridley's Believe It Or Not December Book Lovers Day

Tests: We have now conducted 544,935,537 tests (1,635,726/M) just passed by France at 1,669,024 who is now 1st  on a per capital basis for all nations (other than those nations that contain small populations like Bahrain, Denmark, Israel, Malta, Singapore and UAE) other than the U.K. which remains as king of the mountain with respect to tests at 3,680.883/M.
CV Open Gate: Lost in the pronouncements by Biden and his lackeys  that there is no crisis of illegals surging across the border is that fact that COVID-19 is alive and well and spreading in the Northern Triangle and Mexico which has been passed by Argentina and newly added Columbia to move down to 12th  on my list of deaths from the pandemic  at 1873M with a fatality rate of 9.54% of closed cases and the 3 countries in the Northern Triangle in terms of active cases and deaths per million are as follows even though the data may be suspect as underreported (regardless of number we need no more cases):

US Vaccinations: As of 8/9/2021 352.0 million doses,  up from .712 million per day to .716 million per day (down to 6 months to go for 75% of population vaccinated) and in California 88,495 per day (90,333 yesterday) which means if the rate does not increase it will take us still some 4 months to have 75% of the population of California vaccinated which many believe is necessary to develop herd immunity (other than Flip Flop Fauci who may believe that 90% is required).  In California 45,960,162 total doses have been given (89.0% of doses received to exceed the U.S. average of 86.5%), but even with the pressure of a recall to be scheduled this fall which hopefully end Newsom’s term, California has  moved up from 16th   to 14th tied with Utah of the 50 states in terms of the percentage of doses administered as a percentage of doses delivered to the states and at 53.7% of its population fully vaccinated compared to the U.S. average of 50.2% has not  moved  from  17th  among the 50 states.  A long way to go still to get herd immunity in terms of getting vaccines received into arms and the percentage of the population fully vaccinated compared to other states which means a great reason to recall this inept and hypocritical governor.
Non  CV News: Pediatric wings of hospitals are filling up with Delta Variant infected kids but the debate is still raging whether masks must be worn for those under 12 due to emotional and educational implications; on the Texas Representatives scofflaw front Blue Presiding Judge of Travis County has signed a temporary restraining order prevent the arrest of Blue Texas Representatives who fled the state to prevent a quorum when they return to the state as they are now starting to do (hope the Governor Abbot appeals to remove this partisan abuse of judicial power); Hunter Biden, hardly the “starving artist” is living the good life with his new wife and 1 year old son in Malibu in a $20,000 a month house on the beach preparing to meet with customers to display his “art” contrary to all the assurances from the White House that Hunter would not know who bought his “art” to allay obvious quid pro quo concerns (there is only one reason someone would be dumb enough  to shell out $500,000 for one of his “works of art” and that reason is access to the president); Sandra Lee of the Food Network fame must be thanking her lucky stars as she is dating her new flame that with allegations of his cheating she flushed Andrew Cuomo down the drain (both she and Cuomo’s ex-wife, Kerry Kennedy have remained mum over his scandal); inflation chickens are coming home to roost as the government is spending and printing money like there is no tomorrow as Tyson reported inflation driven costs were up 14 percent ( we do not need the bloated infrastructure and the social infrastructure bill Biden wants to shove down our throats with “budget reconciliation” will cost at least and additional $5 trillion); 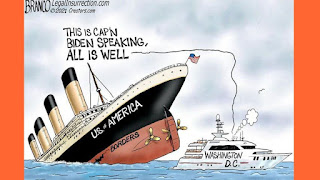 Chicago Gun Violence: Hey Jackass.com is alive and well to collect data to show that through August 8, 2021, gun violence involving mostly persons of color shooting mostly persons of color in Chicago is alive and well with 2739 persons shot of whom 469 have died.
As always, I hope you enjoy today’s holidays and observances, factoids of interest for this day in history, a  video musical link to “Eye of the Tiger” by  Survivor, the fact that you are able to detect sciosophy very quickly; and a quote by Scott Shane on the Nixon resignation and President Ford’s pardon of Nixon, secure in the knowledge that if you want to send a gift for any memorable events like Labor Day, college graduations, birthdays, weddings, or anniversaries, you know that the Alaskanpoet can provide you with a unique customized poem at a great price tailored to the event and the recipient. Please contact me for details on pricing.
1.  VEEP Day—commemorating Gerald Ford becoming the first president to take office due to the resignation of a sitting president and honor the procedures we have in place for an orderly transfer of power in the event of a vacating of the Oval Office by the president.

2.  Book Lovers Day—not sure who created this observance, but it is one of the easiest ones to celebrate by opening up a book or turning on your Nook or Kindle and start reading fiction, nonfiction or poetry.
3. 1982 Number 1 Song USA--the number 1 song in 1982 on this day was "Eye of the Tiger" by Survivor  on a run of 6 weeks in that position to join 14 other songs that achieved number 1 status and join 9 other acts that achieved their first number 1 song on the Billboard Hot 100. Here is a video recording of “Eye of the Tiger” by Survivor: https://www.youtube.com/watch?v=btPJPFnesV4 This American rock band was formed in Chicago and the song “Eye of the Tiger” was the theme song for Rocky III. The band enjoyed great success in the 80’s and with replacement members is still performing today.                                4 Word of the Day—the word of the day is “sciosophy” which means pretended knowledge of natural or supernatural forces systematized by tradition or imaginative invention often seems to describe to a tee some of the announcements received from the CDC on coping with the pandemic.
5.  Like Father Like Son--celebrating the birth on this day in 1927 of Robert Shaw noted Irish actor who starred in such films as The Sting, Jaws, and The Battle of the Bulge who like his father who was an alcoholic and committed suicide when Shaw was 12 struggled with alcoholism but was a functioning alcoholic who after just completing his last film Avalanche Express on August 28, 1978 was driving back to his home in Tourmakeady, Ireland with his wife and young son Thomas when he became ill, stopped the car and collapsed from a fatal heart attack at age 51.

On this day in:
a. 1992 America’s most prolific inventor Thomas Edison received a patent for a two-way telegraph.
b. 1936 Jessie Owens won his fourth Gold Medal in 1936 Olympics in Berlin, severely dampening Hitler’s claim of “Aryan Supremacy.”
c. 1945 Japan was hit with the one two punch of the dropping of the plutonium bomb “Fat Boy” on Nagasaki and the Soviet’s invasion of Japanese occupied Manchuria.
d. 1974 facing certain impeachment for obstruction of justice and convinced by Republican leadership in the Senate that only 15 Senators would vote for acquittal, President Nixon’s resignation delivered on the 8th of August became effective on this day at noon and Gerald Ford became President of the United States.
e. 2014 18 year old Michael Brown who assaulted Ferguson police officer Darren Wilson was shot and killed by him which brought Black Lives Matter with the “Hands Up Don’t Shoot” to the attention of the nation coupled by massive riots and protests.
Reflections on Nixon’s resignation and President Ford’s pardon: Mr. Ford's decision to pardon Richard M. Nixon for any crimes he might have been charged with because of Watergate is seen by many historians as the central event of his 896-day presidency.” Scott Shane, reporter for the New York Times specializing in reporting on the intelligence communities.
Please enjoy the poems on events of interest on my twitter account below (if you like them, retweet, and follow me) and follow my blogs. Always good, incisive and entertaining poems on my blogs—click on the links below. Go to www.alaskanpoet.blogspot.com for Ridley’s Believe It Or Not—This Day in History,  poems to inspire, touch, emote, elate and enjoy and poems on breaking news items of importance or go to  Ridley's Believe It Or Not for just This Day in History.

© August 9, 2021 Michael P. Ridley aka The Alaskanpoet
Alaskanpoet for Hire, Poems to Admire
Poet Extraordinaire, Beyond Compare
A Unique Gift, All Recipients a Lasting Gift


Posted by Michael P. Ridley aka the Alaskanpoet at 12:28 PM