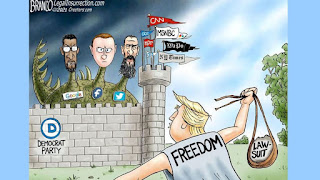 Chicago Gun Violence: Hey Jackass.com is alive and well to collect data to show that through July 7, 2,021, gun violence involving mostly persons of color shooting mostly persons of color in Chicago is alive and well with 2118 persons shot of whom 361 have died.
As always, I hope you enjoy today’s holidays and observances, factoids of interest for this day in history, a recording musical link to “The Wayward Wind” by Gogi Grant,  the fact that you would never turn down a well-seasoned salmagundi  and a quote by Francis Gary Powers of the shooting down of his U-2 over the Soviet Union, secure in the knowledge that if you want to send a gift for any memorable events like Fourth of July, college graduations, birthdays, weddings, or anniversaries, you know that the Alaskanpoet can provide you with a unique customized poem at a great price tailored to the event and the recipient. Please contact me for details on pricing.
1.  Math 2.0 Day—created by the Math 2.0 Interest Group on this day in 2009 to explore the intersection of math and technology in our lives and to promote the furtherance of math education and literacy.
2.  SCUD Day—not a day to observe the deadly Scud missile fired at Israel to provoke them from attacking Iraq and upsetting the coalition to attack Iraq in Desert Storm but a day created by Stephanie Allen West, a former practicing lawyer who has been a mediator for over 2 ½ decades but rather a day to Savor the Comedy, Unplug the Drama which is what most of us watching the chaos and division in the Swamp would like to do.
3. 1956 Number 1 Song USA—the number 1 song in 1956 on this day was “The Wayward Wind” by Gogi Grant on a run of 6 weeks in that position to share with 14 other songs that achieved number 1 status. Here is a recording of “The Wayward Wind” by Gogi Grant: https://www.youtube.com/watch?v=2cQUVtbztEs  Gogi Grant got her stage name from the name of a restaurant and retired from recording in 1967 and the wind blew her off the planet at the age of 91 on March 10, 2016.
4.  Word of the Day—the word of the day is “salmagundi” which means a stew of many ingredients which sounds like a great way to get rid of leftovers in a tasty manner.
5.  Rolling The Dice--celebrating the birth on this day in 1997 of noted running back at Stanford, Bryce Love, who backed up Christian McCaffrey his freshman and sophomore year but as a junior really came into his own his junior year and was the runner up in the Heisman Trophy like McCaffrey but unlike McCaffrey who went pro after his junior year, played his senior year only to suffer an ACL tear in his last game and although drafted by Washington never played a game and has been released.

On this day in:
a. 1889 the first issue of the Wall Street Journal was published.
b. 1947 it was reported by the Roswell Army Airfield and quickly retracted, that a UFO had crash landed in Roswell, New Mexico. To this day ufologists have not accepted the idea that a weather balloon was the object that crashed.
c. 1960 Francis Gary Powers whose U-2 was shot down over the Soviet Union was put on trial for espionage (he was as expected convicted and sentenced to 10 years but on February 10, 1962 he was released in exchange for a senior Soviet spy, Colonel Rudolf Abel.
d. 1972 Ghassan Kanafani, an author and member of the Palestinian Front for the Liberation of Palestine who supported the Lod Airport Massacre, was assassinated by Mossad when he turned on the ignition of his car which set off a bomb.
e. 2011 in an end to an era moment, the Space Shuttle Atlantis was launched.
Reflections on the consequences of being shot down in his U-2 on a spy mission over the Soviet Union: “I was completely unprepared. I presumed that once it was known I was missing a cover story would be issued. Unfortunately, no one had ever bothered to inform us pilots what it would be. ” Francis Gary Powers
Please enjoy the poems on events of interest on my twitter account below (if you like them, retweet, and follow me) and follow my blogs. Always good, incisive and entertaining poems on my blogs—click on the links below. Go to www.alaskanpoet.blogspot.com for Ridley’s Believe It Or Not—This Day in History,  poems to inspire, touch, emote, elate and enjoy and poems on breaking news items of importance or go to  Ridley's Believe It Or Not for just This Day in History.

© July 8, 2021 Michael P. Ridley aka The Alaskanpoet
Alaskanpoet for Hire, Poems to Admire
Poet Extraordinaire, Beyond Compare
A Unique Gift, All Recipients a Lasting Gift

Posted by Michael P. Ridley aka the Alaskanpoet at 10:40 PM