May 8,2021 Ridley's Believe It Or Not Victory in Europe Day

US Vaccinations: As of 5/8/2021 257.3 million falling again to 1.98 million per day in the last week sounds impressive but if the rate does not increase it will take us now increased to some 4 months to have 75% of the population vaccinated which many believe is necessary to develop herd immunity. In California 32,759,885 total doses have been given (78.0% of doses received slightly more than the U.S. average of 78.0%), but even with the pressure of a recall to be scheduled this fall which hopefully end Newsom’s term, California has finally moved up from 30th to 26th  out of the 50 states in terms of the percentage of doses administered as a percentage of doses delivered to the states and at 34.3% of its population fully vaccinated compared to the U.S. average of 33.9% has moved up from 28th to 23rd  tied with  Oregon and Montana among the 50 states.  A long way to go to get herd immunity in terms of getting vaccines received into arms and the percentage of the population fully vaccinated compared to other states which means a great reason to recall this inept and hypocritical governor.
Non CV News: In what if the cyberattack had happened in the winter would be chilling news. The 5500 miles of the Colonial Pipeline bring fuel from refineries in the Gulf Coast to the Eastern Seaboard has been shut down temporarily due to a cyberattack (wonder what our weak president is doing to discover the culprits and retaliate); the 100 foot long Chinese rocket used to launch its space station core is scheduled to reenter the atmosphere today in an uncontrolled descent but we still do not know where pieces will land (typical of the Chinese disregard for the rest of the world as most rockets launching objects into Earth orbits make controlled reentry back to Earth to land in the oceans but not this one); as shootings in NYC continue to soar, a 4 year old and 2 women were shot in Times Square with police looking for this person of interest caught on cameras: 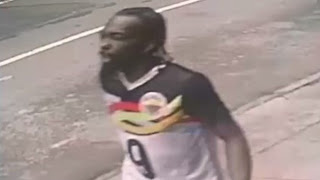 CV cases in the U.S. may be dropping but colleges and universities are ramping up anti-CV restrictions and imposing sanctions on those students who are not following them; on the vaccine front there is growing concern that large numbers of the population will choose not to get vaccinated which means we may never achieve herd immunity and be exposed to continuing infections by mutations of the virus; in addition to the border crisis and unaccompanied minors on our southern border California is reeling under a growing homelessness crisis has residents up in arms over shootings, fires, drugs and filth in homeless encampment that defies our efforts to address it as a photo of a section of Venice Beach shows:

a federal judge has ordered L.A. to within 180 days find housing for all homeless on Skid Row as Garcetti has pledged $1 billion to address the problem and will be placing such funds in escrow shortly; in bad news for people with living mothers, florists have been increasing prices as the nation is suffering a shortage of flowers often given on Mothers’ Day; it appears that some of the leftist cast on SNL are having a woke fit protesting the appearance of Elon Musk as a host on SNL this Saturday (just another example of humor and comedy evaporating and being replaced by politicization;  the Biden Administration has sent DHS head Mayorkas to the border while Where’s Waldo remains MIA touting the need to send dollars we need here in the U.S. to the Northern Triangle and while it plays the shell game of moving minors from crammed Border Patrol facilities to holding centers across the nation as Mayorkas indicates what border state residents know that hundreds of unaccompanied minors are crossing daily; Teddy Roosevelt must be rolling in his grave as a political cartoonist spoofs his ”speak softly but carry a big stick” on Biden: 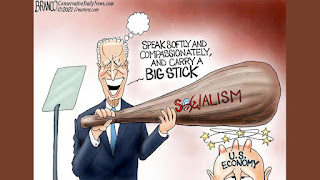 Chicago Gun Violence: Hey Jackass.com is back to show that through May 7, 2021, gun violence involving mostly persons of color shooting mostly persons of color in Chicago is alive and well with 1124 persons shot of whom 196 have died.
As always, I hope you enjoy today’s holidays and observances, factoids of interest for this day in history, a video musical link to “(I Just) Died in Your Arms” by Cutting Crew, a rencounter and a poem from Denise Newman on VE-Day,  secure in the knowledge that if you want to send a gift for any memorable events like Mother’s Day, college graduations, birthdays, weddings, or anniversaries, you know that the Alaskanpoet can provide you with a unique customized poem at a great price tailored to the event and the recipient. Please contact me for details on the pricing.
1. Victory in Europe Day—celebrating the unconditional surrender by Germany to Allied forces in a surrender document signed by Field Marshal William Keitel, who would later be hanged as a war criminal, at Karlhorst, Berlin at 21:20 local time calling on all German forces to cease all hostilities at 23:01 Central European time (the surrender would be replicated the next day in Moscow).
2. World Red Cross and Red Crescent Day—first celebrated as International Red Cross Day on this day in 1948, the anniversary of the birth of Jean-Henri Dunant, the founder of the Red Cross and the first winner of the Nobel Peace and then changed to its present designation in 1984.
3.  1987 Number 1 Song USA—the number 1 song in 1987 was “(I Just) Died in Your Arms” by Cutting Crew on a run of 2 weeks in that position to join 28 other songs reaching number 1 and 15 other acts who achieved their first number 1 status. Here is a video recording by Cutting Crew of “(I Just) Died in Your Arms”: https://www.youtube.com/watch?v=rrJky8YuTr4Palmer Cutting Crew was an English band that was form by Nick Van Eede and Kevin MacMichaels that recorded and performed until 1993 when MacMichaels died from lung cancer and later reformed in 2005 and is still performing today.
4.  Word of the Day—the word of the day is “rencounter” which means a chance meeting which often describes how married couples have met their mate.
5.  Back to L.A. to Die—celebrating the birth on this day in 1943 of Danny    Rae Whitten, a musician and songwriter best known for his time with Neil Young’s backup band Crazy Horse and his song “ I Don’t Want to Talk About It” which was a big Rod Stewart hit but sadly who used heroin to ameliorate the pain of rheumatoid arthritis and became addicted, was fired from Crazy Horse and later given a chance to rejoin but heroin had severely lessened his skills so Neil Young fired him on November 18, 1972, giving him $50 and a plane ticket back to L.A. where he went to die of an overdose that night at age 29.             On this day in
a. 1902 Mont Pelée in Martinique erupted killing some 30,000 inhabitants and leaving very few survivors on the  island.
b. 1946 Estonian schoolgirls  Aili Jõgi and  Ageeda Paavel blew up blow up the Soviet memorial which preceded the Bronze Soldier of Tallinn which Estonia was finally able to relocate due to its Soviet repression connotations in 2007.
c. 1972 in a what took us so long moment, President Nixon confirmed the intent of planting mines in the harbors of North Vietnam to prevent the delivery of weapons to North Vietnam.
d. 1980 the World Health Organization confirmed the eradication of smallpox.                      e. 2019 17 year old patient Isabelle Holdaway became the first patient to be treated with a genetically altered phage therapy treat a drug-resistant infection.
Reflection on V-E Day from appropriately the eyes of a poet

It's over, it's finished, the war has now been won,
Thank God it's finally ended; finished; over; done!
we'll no longer hear the sirens as the bombs come falling down,
no longer hear the aircraft as they fly above the town,
no longer see the searchlights lighting up the darkened sky,
or see the burning buildings of the terraces nearby.
We can hear the people cheering as the bells peal out the news,
and we gather, dancing in the road, dispelling wartime blues.
It's victory in Europe - oh such a lovely sound,
no bombs, no incendiary fires, no more sleeping underground!
The roads are filled with happy people, celebrating victory,
the lights are on in every town, such a brilliant sight to see,
there's bonfires and fireworks, a colourful display,
we'll sing and dance and drink with cheer until night turns to day.
We'll not forget the sacrifices made by others in our name,
they gave their lives so we might live in freedom's sweet domain.
Their fighting now is ended, rejoice in victory,
England and her allies will remain forever free.”
Patricia Denise Newman, noted American poet and translator living in San                        Francisco

© May 8, 2021 Michael P. Ridley aka The Alaskanpoet
Alaskanpoet for Hire, Poems to Admire
Poet Extraordinaire, Beyond Compare
A Unique Gift, All Recipients a Lasting Gift

Posted by Michael P. Ridley aka the Alaskanpoet at 7:14 PM