April 4, 2022 Ridley's Believe It Or Not Victims of Violence Day

CV World Cases: The planet continues with cases still increasing but the increase slowing down with cases now passing 492 million at 492,859,601 cases,  59,535,808 of which are active, 434,323,793 closed with 428,144,490 recoveries (98.58%), and crossing the 6,000,000 barrier 6,179,303 deaths (1.42% )to continue the low trend of increased cases with increased recovery percentages and decreased death percentages with some plateaus, dips, and rises.
CV USA Cases: Total cases now passing 81 million at 81,867,963 with 15,018,006 active cases  of which 1803 are serious or critical, (15,517 on 12/12) (back to steady decreases despite the increase in active cases due to the relative mildness of the Omicron variant) to .012% of active cases (back to back steady decreases despite the increase in active cases due to the relative mildness of the Omicron variant  and to increase  the reduction from the 29,271 peak on 12/31/2020 to 27,468 with 66,849,957 closures with 1,008,679 deaths (1.51%) and with 65,841,278  recoveries (98.49%). Our death rate percentage is .09%  higher than the world’s death rate.
Standing: On a deaths per million population measure on a steady but slowing climb to 3016 the U.S. ranks behind Peru (6287) the new number 1 which has had a quantum leap in deaths previously unmatched which was a change in the classification to give Peru the a new method of reporting; Bulgaria (5339), Hungary (4732), Romania (3424),  Brazil (30698), and Poland (3054) and slightly higher than Chile (2927), Argentina (2789), Columbia (2695), Italy (2652), Belgium (2647), Russia (2533), Mexico (2462), UK (2420),  Spain (2192), France (21774), Portugal (2138), Ecuador (19576),  Bolivia (1832),  Sweden (1795) that never closed its economy down like we did, and Switzerland (1565).
US Vaccinations: As of 04/04/22   561.2 million doses, 248,127 per day last week (76.2%) of population now vaccinated  with at least one shot)  and in California 31,873 per day  (which means at least 82.5% of the population of California has received at least one shot) which many believe is necessary to develop herd immunity (other than Flip Flop Fauci who may believe that 90% is required).  In California 72,704,550 total doses have been given (83.1%  of doses received to exceed the U.S. average of 79.9%), California has not moved from 12th of the 50 states in terms of the percentage of doses administered as a percentage of doses delivered to the states and at 71.1% of its population fully vaccinated compared to the U.S. average of 64.9% and has  not moved from 12th  in terms of the percentage of the population fully vaccinated compared to other states (nothing like a recall election to get Newsom’s attention and performance).
Non  CV News: Day 41 of the Russian invasion of Ukraine was President Zellenskyy visit the Bucha massacre site warning the Russians that Ukraine is better equipped to discover war crimes that the Allies in WWII as a Russian blatant lie that the bodies in Bucha were put their after the Russians had withdrawn as satellite images clear show civilian bodies while the Russians were still fighting; France and Germany are expelling Russian diplomatic personnel over the Bucha atrocities and Zelenskyy will be addressing the UN on the issue of Russian war crimes; Nikki Halley has raised the question of why given their atrocities is Russia still a member of the UN Human Rights Agency and is demanding the Biden Administration push for its removal; Hunter Biden, who increasingly is in the hot seat over his past dealings with China, Russia and Ukraine and the extent of knowledge and involvement of Biden in those dealings, is now also raising complaints from the GOP over the $30,000 a month rent the Secret Service is paying to house Hunter’s Secret Service detail in Malibu to be near the $20,000 a month house in Malibu he is renting ( he must be selling a lot of his pathetic art to be able to afford that lifestyle); the Carolinas filled out half the last dance card with South Carolina winning the Women’s NCAA March Madness on Sunday and North Carolina losing to Kansas in  Men’s March Madness on Monday; Elon Musk, who believes in free speech and must be troubled over Twitter’s proclivity to censor conservatives with the bogus claim of stopping fake news, is now the holder of almost 10% of the stock of Twitter and is the largest shareholder (the leftist elite must be in a panic over the possibility that conservative voices will no longer be censored (Musk is a very astute man and we should not be surprised that Twitter stock after his purchase was up some $10 per share); Gary Winfield, a black Democratic State Senator from Connecticut living in New Haven, had to experience what some of his constituents are exposed to—having shots fired at his house, fortunately not hitting anyone in his family living in the house; not only are most journalists at MSM biased against nonleftists or nonprogressives given their attack on Florida’s law banning discussion of sexual orientation before the 4th grade in elementary schools it looks like they are too lazy to read it to see it does not ban the word gay; Blue Governor Polis has just signed legislation that makes abortion a fundamental right and strips the fetus of any rights (frightening disregard of human life especially in late term abortions where the fetus clearly is able to survive outside the womb and must feel pain when killed in the womb); another “rat” has left the Cackles sinking ship, the Deputy Chief of Staff, Michael Fuchs; Merit Garland is getting pressure from the left and MSM and most likely the Biden Administration to prosecute Trump for the January 6, 2021 “insurrection’” (if Garland folds and launches a politically fueled indictment we really are in dangerous waters); as gas prices soar, driving up the cost of all goods that must be transferred by truck and van, to quell the anger of voters Biden is releasing oil from the strategic oil reserve to preserve his reelection: 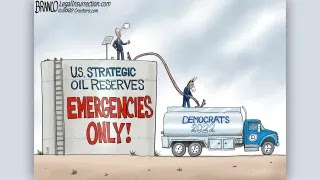 Chicago Gun Violence: Hey Jackass.com is alive and well to collect data to show that through April 3, 2022, gun violence involving mostly persons of color shooting mostly persons of color in Chicago is alive and well with 649 shot of whom 121 have died.
As always, I hope you enjoy today’s holidays and observances, factoids of interest for this day in history, a video recording of “Save the Best for Last” by Vanessa Williams; the fact that your sporran is the right tartan for your clan; and a quote by David Cameron on the value of NATO, secure in the knowledge that if you want to send a gift for any memorable events like St. Patrick’s Day, Mothers’ Day, college graduations, birthdays, weddings, or anniversaries, you know that the Alaskanpoet can provide you with a unique customized poem at a great price tailored to the event and the recipient. Please contact me for details on pricing.
1.  Victims of Violence Day—commemorating all those who have lost their lives or been physically assaulted fighting segregation and celebrated on this day which is the anniversary of the assassination of Martin Luther King, Jr. in 1968.
2.  404 Day—inspired by the internet notice that the linking to the web site has been attempted but the sender is unable to connect with the site which is a frustrating notice to bloggers and which the Electronic Freedom Foundation now uses to promote its fight against censorship in the schools and libraries.
3.  1992  Number 1 Song—the number 1 song in 1992  on this day was  “Save the Best of Last” by Vanessa Williams in that position  for 5 weeks to join 11 other number 1 songs and 6 other acts that hit the charts at Number 1 for the first time in a year that marked the lowest number of number 1 songs and the last year that no artist had more than 1 number 1 song.  Here is a video recording of Vanessa Williams performing “Save the Best for Last”: https://www.youtube.com/watch?v=q72H9ajrZDQ. Williams had the distinction of being the first African American crowned as Miss America and the dubious distinction of having to resign when nude photos of her were going to be in an issue of Penthouse  was going to be published shortly before her term was going to end. She has had a successful recording career and as a stage and screen actress and is still performing today at age 59.

4.  Word of the Day—the word of the day is “sporran” means an ornamental pouch worn in front of a kilt which explains why you most likely never see a male Scot with a purse.

5.  Star in Chains—celebrating the birth on this day in 1966 Michael Starr, the original bassist for Alice in Chains, struggled with alcohol and drugs, prescription and illegal and could not break free of the chains of addiction to end up dead from an overdose on March 8, 2011 at age 44.
On this day in:
a. 1949 12 nations signed the North Atlantic Treaty which created NATO, the expanded membership is giving Putin such anxiety and one of the reasons for his unprovoked invasion of Ukraine.
b. 1975 Microsoft was founded by Bill Gates and Paul Allen in Albuquerque, New Mexico.
c. 1991 Senator John Heinz of Pennsylvania and 6 others, including 2 school children on the ground were killed when a helicopter sent to examine in midair a problem with the landing gear in his plane collided with the airplane over an elementary school over Merion, Pennsylvania. Heinz’s widow married John Kerry who flies in a corporate jet to avoid a replication of that accident.
d. 2017 perhaps emboldened by his chemical weapons attacks on Syrian civilians which produced no U.S. response from the Obama Biden Administration after crossing its “red line in the sand,” Assad’s Air Force launched a chemical and nerve gas weapons attack on the village of Khan Shaykhun, killing at least 89 people and wounding 541. Instead not reacting like Obama, President Trump on April launched 59 cruise missiles at the Shayrat Air Base in Syria, believed to be the location where the attack originated from.
e. 2020 China held a national day of mourning for the Chinese killed by the COVID-19 epidemic that it caused.
Reflections on NATO: “Today, hundreds of millions dwell in freedom, from the Baltic to the Adriatic, from the Western Approaches to the Aegean. And while we must never take this for granted, the first purpose of the European Union - to secure peace - has been achieved and we should pay tribute to all those in the EU, alongside NATO, who made that happen.”
Please enjoy the poems on events of interest on my twitter account below (if you like them, retweet, and follow me) and follow my blogs. Always good, incisive and entertaining poems on my blogs—click on the links below. Go to www.alaskanpoet.blogspot.com for Ridley’s Believe It Or Not—This Day in History,  poems to inspire, touch, emote, elate and enjoy and poems on breaking news items of importance or go to  Ridley's Believe It Or Not for just This Day in History.

© April 4, 2022  Michael P. Ridley aka The Alaskanpoet
Alaskanpoet for Hire, Poems to Admire
Poet Extraordinaire, Beyond Compare
A Unique Gift, All Recipients Receive a Lasting Lift

Posted by Michael P. Ridley aka the Alaskanpoet at 6:56 PM