December 1, 2021 Ridley's Believe It Or Not Rosa Parks Day 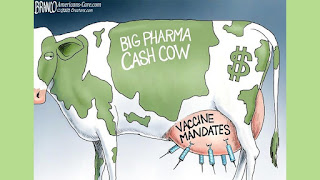 Chicago Gun Violence: Hey Jackass.com is alive and well to collect data to show that through November 26, 2021, gun violence involving mostly persons of color shooting mostly persons of color in Chicago is alive and well with 4249 persons shot of whom 743 have died.
As always, I hope you enjoy today’s holidays and observances, factoids of interest for this day in history,  a recording link “White Christmas” by Bing Crosby with the Ken Darby Singers and John Scott Trotter and His Orchestra, the fact that your sipes have many more miles to go before needing replacement; and a quote by John Noulton on the attitude of the British people to the Channel Tunnel, secure in the knowledge that if you want to send a gift for any memorable events like Thanksgiving or Veterans  Day, college graduations, birthdays, weddings, or anniversaries, you know that the Alaskanpoet can provide you with a unique customized poem at a great price tailored to the event and the recipient. Please contact me for details on pricing.
1.  Rosa Parks Day—commemorating the refusal of Rosa Parks on this day in 1955 to move from her “colored section” bus seat on a Montgomery, Alabama bus after the bus driver in order to allow standing white passengers to sit down relabeled in “white only” which prompted her arrest which led quickly to the Montgomery Bus Boycott which lasted for 381 days until SCOTUS ruled that segregation on buses was a breach off the 14th Amendment and celebrated in the states of Ohio, Oregon and Texas and other jurisdictions the date of her birthday December 4.
2.  World AIDS Day—created by the World Health Organization on this day in 1988 to created awareness of the AIDS pandemic and to mourn for the millions who have died from it.

4.  Word of the Day—the word of the day is “sipe” which a grove or channel on the tread of a tire to improve its grip on the road and which is most needed as winter brings snow, sleet and rain to challenge our driving.
5.  Drugs and Martial Arts Don’t Mix—celebrating the birth on this day in 1951 of noted American jazz electric bassist Jaco Pastorius  who was a member of the band Weather Report in 1981 but who struggled with addiction and bipolar issues and after leaving Weather Report had difficulty holding down gigs and was often homeless and developed a bad habit of getting into bar fights  and coming out on the losing end of such self-induced encounters. After sneaking on stage at a Santana concert he was ejected on September 11, 1987 and after breaking a glass door at the Midnight Bottle Club for being refused entrance he got into a fight with an employee who was well versed in martial arts who broke several bones to his face and injured his right eye and left leg causing him to be taken to a hospital where he went into a coma, suffering a brain hemorrhage which left him brain dead to die on September 21 when taken off life support.
On this day in:
a. 1862 President Lincoln in his State of the Union Address reaffirmed the necessity of abolishing slavery as set forth in his Emancipation Proclamation 10 weeks ago.
b. 1952 as a result of a New York Post article, Christine Jorgenson became the first person to have had sexual reassignment surgery which she had performed in Europe.
c. 1969 as the U.S. continued its draw down of U.S. forces in South Vietnam, the first draft lottery since World War II began.
d. 1990 after starting to tunnel on both sides of the English Channel the tunnelers under the seabed of the English Channel.
e. 1991 as Russian troops are massing on the Ukraine border 20 years ago on this date Ukraine voters in a referendum approved by 92.3% of the voters approved the separation from the rapidly dissolving Soviet Union.
Reflections on the attitudes of the British people to the Channel Tunnel:  John Noulton, director of public affairs for Eurotunnel, was asked to explain the British attitude and he replied with a quote from Andre Maurois's "L'Histoire d'Angleterre": "When I tell you that Britain is an island, I have told you everything about the British that you need to know."
Please enjoy the poems on events of interest on my twitter account below (if you like them, retweet, and follow me) and follow my blogs. Always good, incisive and entertaining poems on my blogs—click on the links below. Go to www.alaskanpoet.blogspot.com for Ridley’s Believe It Or Not—This Day in History,  poems to inspire, touch, emote, elate and enjoy and poems on breaking news items of importance or go to  Ridley's Believe It Or Not for just This Day in History.

© December 1, 2021 Michael P. Ridley aka The Alaskanpoet
Alaskanpoet for Hire, Poems to Admire
Poet Extraordinaire, Beyond Compare
A Unique Gift, All Recipients Receive a Lasting Lift

Posted by Michael P. Ridley aka the Alaskanpoet at 11:07 PM