Ridley’s Believe It Or Not For October 15, 2019 The pathological liar in chief Adam Schiff is facing a censure resolution co-sponsored by 125 Reds over his “parody” of Trump’s call to the Ukraine President (Blue probably will go gutless on this but as more and more Americans are worried over the closed door Banana Republic nature of this impeachment inquiry not voted on by the House and exclusion of all Reds it may do them well to join in to at least create the façade of an impartial process instead of a witch-hunt); after stuffing his mouth with ill gotten gains from the quid pro quo cookie jar, Hunter in a better late than never moment vows he will not be involved in a foreign companies while his father is president (he also affirmed that Bidens never attack children as Joe was calling Donald Trump, Jr,, “Prince Humperdinck that noted unsavory character in The Princess Bride). CNN after the second batch of secret recordings by a newly fired CNN staffer have been released which as might be expected show bias favoring Warren and discounting Yang and Gabbard is being slammed as it prepares to host the “Dirty Dozen” Blue debate tonight (CNN while its acronym floats to the surface to smell is seeing its ratings sink faster than a huge rock of bias (when will Zucker realize we are not suckers and will not listen to or view his brand of slanted anti-Trump “fake news”?); another Blue, Governor Cuomo follows precedent of treating African-Americans as plantation slaves good only for their predictable vote, as he talks about Sicilians being referred to uncensored “Nigger Wops” (hopefully more and more blacks see the hypocritical abandonment of them by the Blues and will turn to Trump and the Reds); the Chinese must have been thrilled with the Sharkanado Series as they have unveiled a 400 mph stealth helicopter called the Great White Shark which looks more like a UFO Flying Saucer: 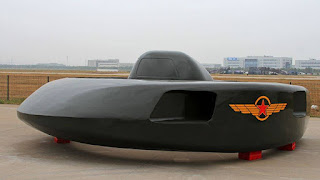 just when you think it can’t get any worse in the Middle East, news that Turkey may be holding 50 nuclear weapons as bargain chips in its incursion into Syria; as of  October 14, 2019, 2221 have been shot, of whom, 384 have died; in Baltimore with a fraction of Chicago’s population, 273 have been murdered in Baltimore (when will Chicago and Baltimore get serious about this carnage or is this the case of true racism as a Blue run city turns a deaf ear and a blind eye to the slaughter of people of color by people of color and when will the left focus on the problem of color on color shootings in Blue run cities which have been more deadly and more numerous than random mass shootings?
As always, I hope you enjoy today’s holidays and observances, factoids of interest for this day in history, a musical link to the Four Seasons,  the fact that you enjoyed prepollence in your field of work and a relevant quote on the lessons learned from the U.S. involvement in Vietnam from Jeane Kirkpatrick, secure in the knowledge that if you want to find a gift for any memorable events like Father’s Day, college graduations, birthdays, weddings, or anniversaries, you know that the Alaskanpoet can provide you with a unique customized poem at a great price tailored to the event and the recipient. You need only contact me for details.
1. World Students Day—created originally to commemorate the death of 1,200 students during World War II at the University of Prague by the Nazis and now since 2010 to commemorate the birthday of A.P.J. Abdul Kalam, former President of India and noted scientist in rocketry and a teacher in the sciences.
2. National White Cane Safety Day—promoting awareness since 1964 of the need to be aware of the visually impaired and the blind using a white cane to aid in their mobility.
3. 1962  Number One Song— the number one song in 1962 on this day on a run of 5 weeks in the position was “Sherry” by the Four Seasons. Here is a recording of the song: https://www.youtube.com/watch?v=myIG9PEwXZw Frankie Valli one of the original founders of the band is still touring and the band’s life was memorialized in the movie Jersey Boys.
4. Word of the Day—today’s word of the day is “prepollence” which means to achieve predominance which is what China is trying to achieve on the world stage.
5. No Glory In Going First—celebrating the birthday of noted French writer and philosopher born on this day in 1926 and who had the dubious distinction to be the first French public member to die of AIDS at the age of 57 on June 25, 1984.
On this day in:
a. 1965 the Vietnam War was just coming into its own when at a Catholic Worker rally against the Vietnam War the first draft card was burned prompting the first arrest.
b. 1989 Wayne Gretsky became the leading scorer of goals in the NHL and would continue to score until he retired in 1999 with 1016 goals to be inducted into the NHL Hall of Fame almost immediately as the waiting time for him after retirement was waived.
c. 1994 the Clinton Administration returned Haiti’s first democratically elected president, Jean-Betrand Aristide to the island nation.
d. 2008 the Dow Jones Industrial Average plunged 733.08 or 7.87%, the second worst drop in its history as the U.S. slid into the Great Recession.
e. 2011 hundreds of thousands of protectors protesting income inequality, corporate influence over government and corruption took to the streets in numerous cities in Europe and other locations across the globe.
Reflections on the Vietnam War: “Vietnam presumably taught us that the United States could not serve as the world's policeman; it should also have taught us the dangers of trying to be the world's midwife to democracy when the birth is scheduled to take place under conditions of guerrilla war.” Jeane Kirkpatrick, former U.S. Ambassador to the United Nations.
Please enjoy the poems on events of interest on my twitter account below (if you like them, retweet and follow me) and follow my blogs. Always good, incisive and entertaining poems on my blogs—click on the links below. Go to www.alaskanpoet.blogspot.com for Ridley’s Believe It Or Not—This Day in History, poems to inspire, touch, emote, elate and enjoy and poems on breaking news items of importance or go to  Ridley's Believe It Or Not for just This Day in History.
© October 15, 2019 Michael P. Ridley aka the Alaskanpoet
Alaskanpoet for Hire, Poems to Admire
Poet Extraordinaire Beyond Compare
The Perfect Gift, All Recipients to Receive Lasting Lift

Posted by Michael P. Ridley aka the Alaskanpoet at 5:58 PM